This is not just a random village of Eastern UP. This is representative of massive missionary activities going on across biggest Indian state and the state of India.

Missionaries are everywhere. Earlier, missionaries would operate under the guise of schools (holy Teresa, Trinity, Paul etc) and hospitals. Today, their conversion efforts are more overt, bold and direct. They would come in saffron, take gullible women, men and children to a nearby pond or even a tube-well in a field and Baptise. 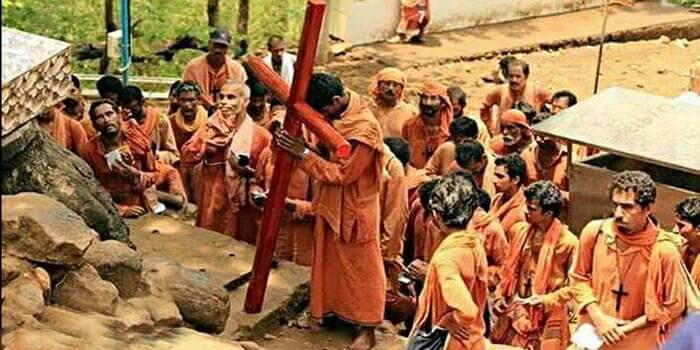 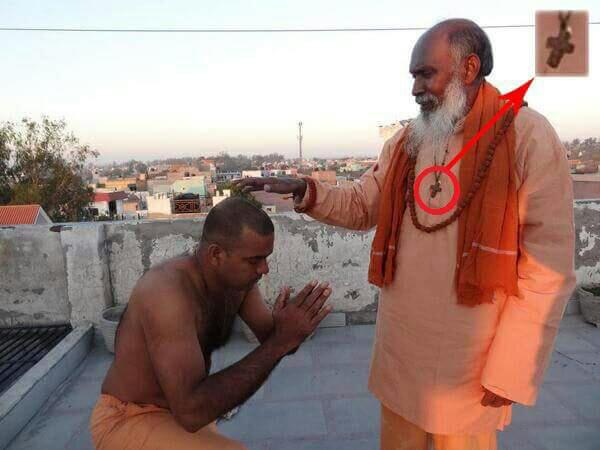 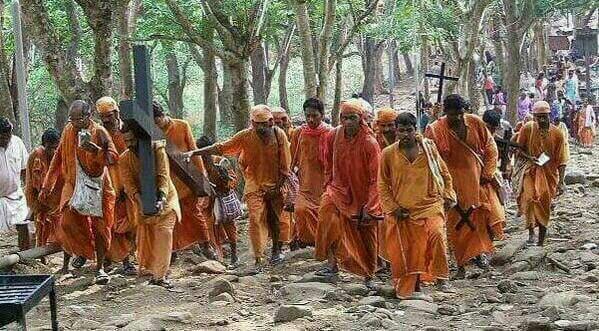 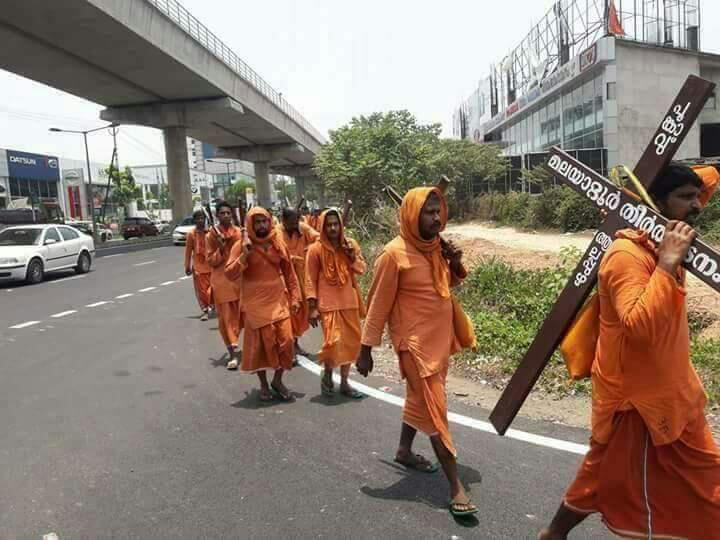 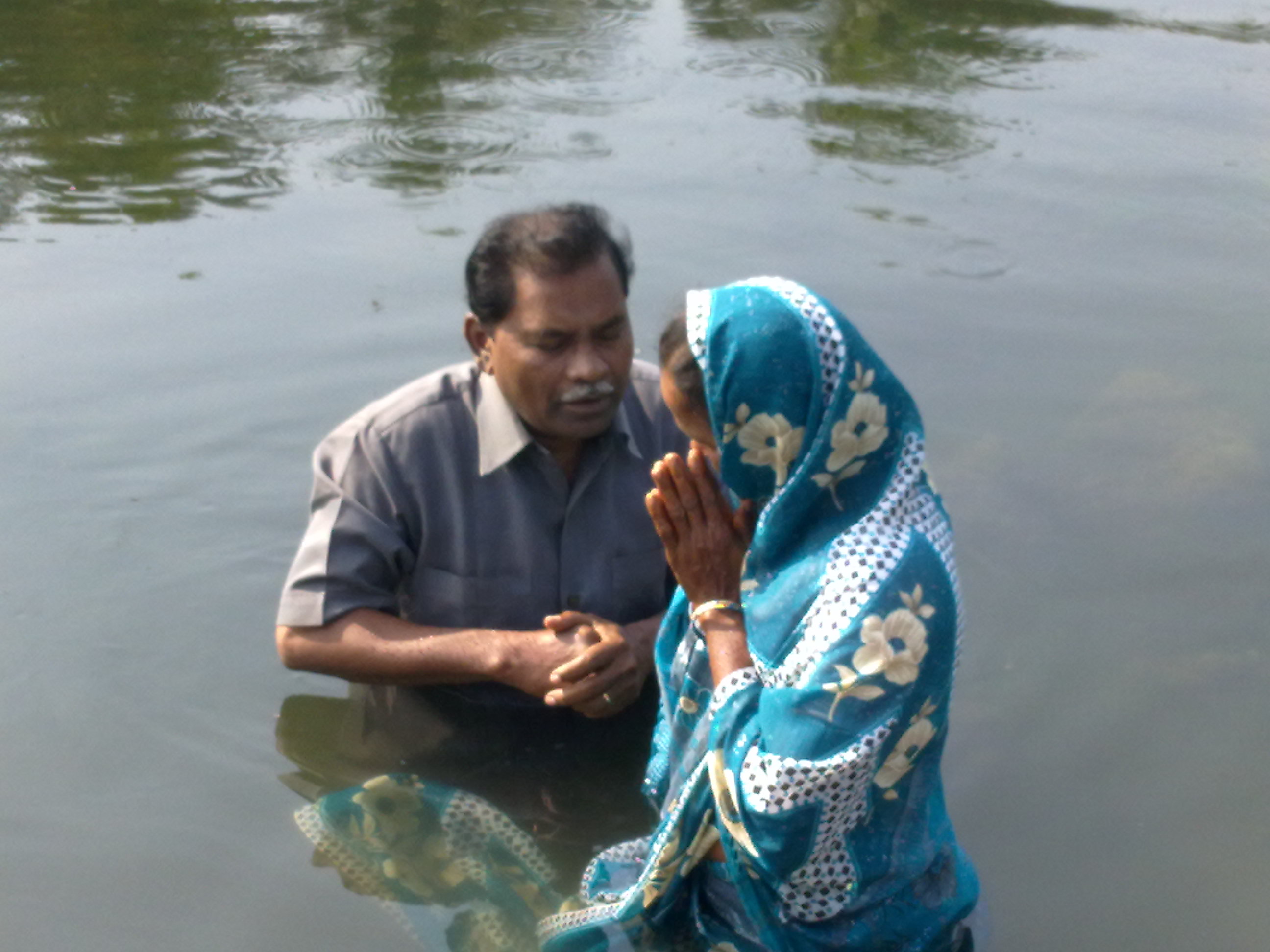 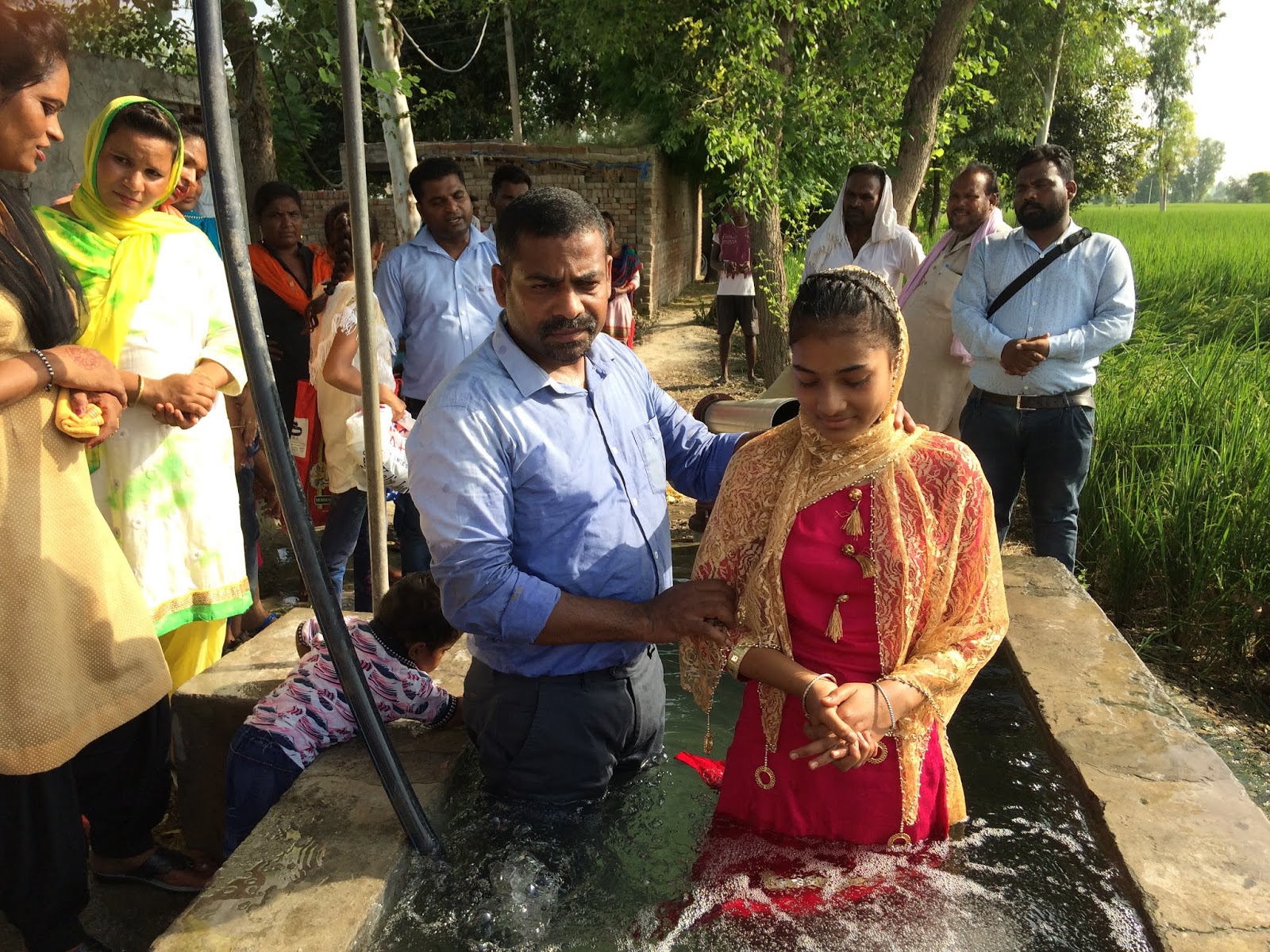 Demographic shift due to such conversions does not reflect in census of India as the converts are asked not to change religion on papers in most cases. There are two reasons for it. One, a significant chunk of converts are the Schedule Caste who would lose reservation benefits in case they opt out of Hinduism. Second, the conversion mafia wants to bypass current and prospective anti-conversion laws that might ruin the party otherwise.

Demographically, 4 out of 30 states of India have become absolute Christian majority. In few others, Christianity is set to become majority faith in few years. And this is when the neo-converts hiding their conversion are not accounted here. Massive conversion in Punjab, Andhra, Kerala, TN, Eastern UP, North-East and other parts of nation is yet to be quantified.

Officially, the Christian population of India constitutes around 2-3% of total. However, even the most conservative estimates considering roadside, pond, and tube-well conversions in villages (mainly), cities and suburbs suggest 10% or even more of India is practicing Christianity today.

Once the pinnacle of humanity, Hindu Samaj developed several weaknesses over centuries which have now turned into cancer. Society was divided into false notions of birth-based Jaati/castes. Merit was sidelined and birth was made prerequisite for Dharmic rights such as – Veda-Shaastra learning, Yajnopaveet-sacred thread, Shastra-warfare learning, and so on. Several castes were isolated as low-borns and were cut off the mainstream. All this happened when the Vedas – foundation of Hinduism – clearly stated that Brahman, Kshatriya, Vaishya and Shudra are four traits in every human being. They are traits in all humans, no separate castes.

1300 years of continuous foreign invasions further weakened the fragmented society. Massacres, mass-rapes and massive conversion took place and as a result, Hindus were reduced from 100% to around 00% in Afghanistan, Pakistan, Kashmir and half of the subcontinent. Even today, conversions are happening on alarming scale.

Missionaries reach poor and isolated people with medical, financial and spiritual miracles on roadside. They have package of quick prayers, some cash and a network of people – volunteers and paid employees – that would help them in case of any need. On the other hand elites of Hinduism are still discussing whether the concept of caste came with British as proposed by some intellectuals or it is the foundation of Sanatan Dharma as stated by some Acharyas of Mathas. There are silent ground efforts on one hand and lot of needless talking, discussions and fancy debates in 5-star hotels/social media on the other.

Those on ground are the clear winners.

Agniveer closely observed causes of conversions for years. We found that conversion has more to do with our own negligence rather than smartness of missionaries. There are sections of Hindu society that have not been included in any mainstream activity of Hindu faith. How many times have you celebrated Diwali with Valmikis – pious people who take garbage of ours on their heads? Have you ever seen how the Valmikis live in the Bastis of open sewerage and mountains of garbage? How many ‘untouchables’ have you fed in your life?

There is a social/spiritual vacuum in life of 25-30% of Hindu Samaj. Missionaries target it wisely. They fill the vacuum with their set of beliefs, assurances, miracles and material help. Why won’t a Valmiki kid go to Church if a pastor gives him a Chocolate daily?

Religious and social integration is the key. Agniveer has launched Vedic Graam project for united and conversion-free villages. In this, we have

1. Dalit Yajna-Janeu/’Janeu for all’ events

To give Yajnopaveet/Janeu/sacred thread and Gayatri to ALL DHARMIC people irrespective of castes to break birth-based caste-barriers to end sense of annihilation among ‘lower castes’. This is the core activity and statement of equality among all Vedic Dharmis. Agniveer has conducted 100s of such events already in different parts of India.

Expenses (for an event of 50 people) : Include weeks long team efforts to create harmony among villagers, convincing all castes that giving Janeu to ‘lower caste’ is not against Dharma, transportation, manpower cost, Yajna-Agnihotra, Janeu distribution, Prasaad, pamphlets etc.

Village of 1000 people requires 20 such events.

To bring converts – who were tricked/forced into changing their faith – back to the Vedic fold. Also to welcome any person who wishes to embrace Vedic Dharma of humanity willingly.

Expenses (for an event of 50 people) : Include months long team efforts to educate converts about lies and deception of missionaries and greatness of their ancestral faith, convincing other Hindus that bringing converts back to Dharma is not against Dharma, transportation, manpower, tent, special Yajna-Agnihotra, Janeu distribution, Prasaad, pamphlets etc.

Village of 500 converts requires 10 such events.

To inculcate and develop positive and spiritual way of life. Weekly get-together where Eeshvar Bhajans are played/sung together by villagers and their kids are introduced to Sanskrit, Shastras and Vedas (introductory teachings to begin with).

Expenses (for a centre in a village) : A dedicated Sanskrit teacher, a coordinator, sound-system, books for kids, fruits/Prasaad etc.

To keep track of physical fitness of villagers. Most missionaries penetrate villages through miracles of curing illness. Regular medical camps and special Yajna/Aahutis to be organised for villagers for free.

To help villagers in agriculture, latest techniques to enhance productivity, organic farming, optimal usage of water, organic pesticides, effective treatment of cattle & animals, maximising profits, getting best price etc. Experts would be invited for a full day workshop and an online centre would be opened for consultancy where our volunteers would help villagers ask questions to experts and get solutions to their problems. Government schemes that have yet not reached villagers would be brought to their doorsteps.

To bring fit, tough and competitive individuals together who will serve Dharma and society with strong arms and bear responsibility of this Yajna on their strong shoulders.

We will keep customising events and types of events based on local constraints, taste and fabric.

Books/pamphlets on Dharma and social awakening are being distributed. Many converts contacted us only after reading pamphlets about Dharma.

if you are donating using Indian account, kindly send your support (80G tax exempted) at https://imjo.in/VAT8Hq
(Pay through cards, paytm, Googlepay, others)

3. If you are paying using foreign account/PayPal/cards, please visit http://agniveer.com/paypal

Please email us at [email protected] in case you have any query regarding our Vedic Graam project.